Ray Robinson is the Exec 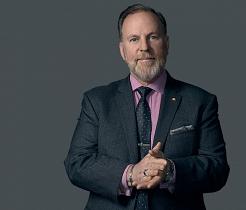 Ottawa (June 3, 2019) – Today, Ray Robinson, Chair of the Canadian Electricity Association’s (CEA) Board of Directors announced on behalf of the Executive Committee that Francis Bradley will assume the role of President and Chief Executive Officer (CEO) of CEA effective immediately. Bradley has been acting CEO since December 2018.

“CEA’s Executive Committee couldn’t be more delighted to formally announce Francis Bradley as the new Chief Executive Officer of CEA,” commented Robinson, also President and CEO of Saint John Energy. “Francis has worked in the industry for decades and has effectively led the organization for the past 6 months. Since taking on the interim CEO role and for years prior, Francis has empowered staff to work with members and execute new and thought-provoking ideas.”

“I am proud to officially take on the role of President and Chief Executive Officer of CEA,” stated Bradley. “It has been my honour and privilege to work at this association for the past 33 years. I am excited to lead a talented team at CEA as we continue to promote the safe, reliable and sustainable electricity sector. As I’ve said to my colleagues, this is an exciting time to work in an fundamental industry. I look forward to advancing electricity’s value as head of the association.”

Channa Perera, Vice-President of Policy Development added, “I want to congratulate Francis on his appointment as President & CEO and thank the Board of Directors for selecting an experienced and visionary industry leader to take the helm of CEA. I’ve had the pleasure of working with Francis for nearly two decades, and I am absolutely thrilled by this appointment and the many opportunities ahead of us. I look forward to several productive years ahead under the able leadership of Francis.”

Bradley, a bilingual graduate of Concordia University in Montreal began his career as a public affairs and media relations consultant. He joined CEA in 1986 as Manager of Public Affairs, responsible for media relations, communications and issues management. He was responsible for relocating CEA from the Montreal head office to Ottawa. Bradley became involved in the Cyber Security efforts during the association’s Y2K initiative and since 2000 has led security efforts on behalf of CEA. He is a former member of the North American Electrical Reliability (NERC) Critical Infrastructure Protection Committee.

A frequent speaker on security, technology, industry transformation and the future of the electricity industry, he was a co-author for 5 years of the annual North American Electric Industry Outlook published jointly by the Washington International Energy Group and CEA.

As Chief Operating Officer since 2014, Bradley was responsible for CEA’s day to day operations as well as the development of the CEA Strategic Plan and annual Business Plan. As Vice President of Public Affairs, Bradley returned to his early days at CEA with responsibility over the Government Relations, Public Affairs and U.S. Affairs departments.

After an extensive search process, CEA’s Executive Committee selected Bradley for his impressive knowledge of the industry, substantial and respected leadership experience and 33 years committed to the electricity sector.

Popular on The Canadian