The lights were low, there was no music blaring overhead and even the sounds of the cash registers were muted.

For two hours Monday night, the Sobeys in the northeast Edmonton neighbourhood of Belmont was as quiet as an operating grocery store possibly could be. Several customers asked if there had been a partial power outage.

But the quiet atmosphere was a deliberate effort to create a sensory-friendly experience for those who struggle with the noise and stimulation of a typical grocery store.

"There are lots of folks that that are in need of environments that aren't very stimulating," said Jerry MacLachlan, owner and operator of the location.

"I have a young nephew that actually has autism…. I do know that he wears headphones at different times just to muffle some of the noises and music, and I notice that he likes a controlled environment."

Sobeys stores in other provinces have been hosting such shopping nights for at least a year but Monday was the Alberta launch of the program. 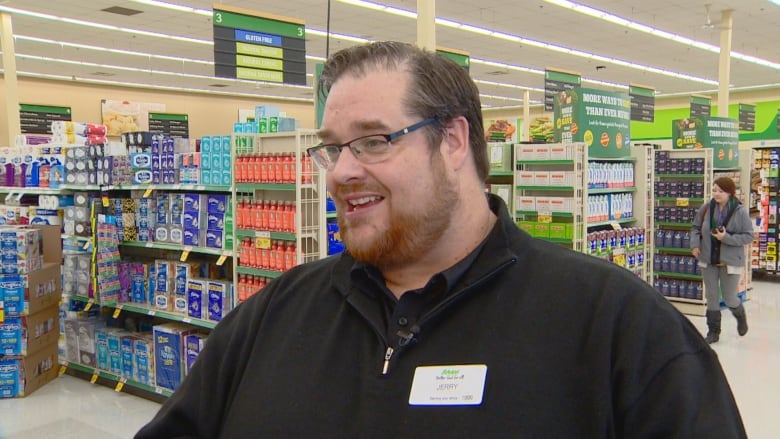 Jerry MacLachlan owns and operates the Sobeys in the Belmont neighbourhood and says staff brainstormed on how to make the busy store as calm as possible. (Scott Neufeld/CBC)

MacLachlan said he held a team meeting to discuss the logistics of making the store as quiet as possible. The team decided to turn off half the lights, mute the music and hold off on collecting shopping carts in the store. But when the team really stopped to listen to their work place, they discovered all kinds of secondary sounds — like the clanging of dishes in the deli or the alarm that rings every time a rotisserie chicken is cooked.

The store is trying to minimize as many of those sounds as possible. MacLachlan said his staff were keen to make the shopping experience a success.

"It's a really great idea for making people feel more welcome and less nervous to do the smallest little things that… in most lives, people don't think about," said employee Stephanie Deschenes.

Several shoppers walking through the aisles Monday night weren't aware of why the store was so quiet. Some noted it was hard to see some products, but all said they supported the effort to make the store welcoming to people who struggle with noisy environments.

"I thought there was a power outage, I didn't know if they were open or not. But it's kind of nice," said Andy MacLean, who was shopping with his four-year-old daughter. "It's nice not having a lot of noise."